Wireless systems on downhole valves can provide a communication mechanism to monitor and control wells effectively, while keeping the completion simple. They also allow a quick and safe installation.

Without instrumentation on downhole hydraulic valves, their operation and feedback can only be inferred through complex surface hydraulic modules.

If the communication is made through control lines (wires), this adds significant cost to the project.

Once the additional hardware, man-power and rig time are included, this can readily add up to over $1million to the well cost.

In addition, the complexity of these installations can potentially increase installation and operation risk as well as often limiting completions throughput and access.

One of the benefits that wireless systems offer over control line systems is improved barrier integrity, during installation, operation and workover.

This is achieved by removing the need for cables across the blow out preventers (BOPs) and cable feedthroughs in hangers and packers.

This significantly reduces the number of potential leak paths.

Control lines also pose an issue for workovers and well abandonments, with added cost and time to ensure all are recovered and out-with the cemented pressure barrier zone.

Although a wireless completion is as simple as a conventional one in terms of make-up and deployment, wireless systems can offer additional benefits during Run in Hole and landing out of the sting by providing active fluid control.

Without the need for control lines or intervention access to operate, devices can be placed in almost all areas of a completion.

An example is having multiple devices along the lateral in a complex multilateral well.

In addition, its wireless function systems require a degree of in-built intelligence, lending them to operating with more autonomy.

Examples include devices that can detect changes, such as well shut-ins and react as planned, or devices targeting specific downhole conditions rather than flow areas, and syncing with other devices in the system to achieve this.

This autonomy lends wireless the capability to even diagnose trouble spots in a completion and dynamically heal the problem in real-time or divert and shut-off the zone at the source without shutting in the well.

Most wireless equipment can be retrofitted as and when required by using standard intervention techniques.

This highlights the suitability of installing wireless equipment later in the life of a well, whether that is to recover the functionality of failed equipment or add in monitoring and control to well that had none.

Earlier this year, with funding support from the Oil & Gas Technology Centre in Aberdeen, the company installed a PulseEight downhole device and a newly developed PulseEight surface system with OMV Group in Austria.

During the installation, various operations were undertaken to test the downhole device and prove the surface decoding system.

The initial two-week trial demonstrated accurate two-way wireless communication in a flowing gas well and proved that the data and results could be shared over the cloud to anyone connected.

A major North Sea operator has now agreed to progress the next phase.

The PulseEight system was launched in May 2017 and uses pressure pulse telemetry to channel wireless communication between a well’s downhole monitoring and control system and the wellhead.

The offering has increased to include an autonomous data decoding system which allows the seamless transmission of well data to any location in the world.

PulseEight Surface allows the user to see real-time data transmitted from the reservoir. The system autonomously measures surface choke changes and confirms that the surface to device pulse sequence is correct. 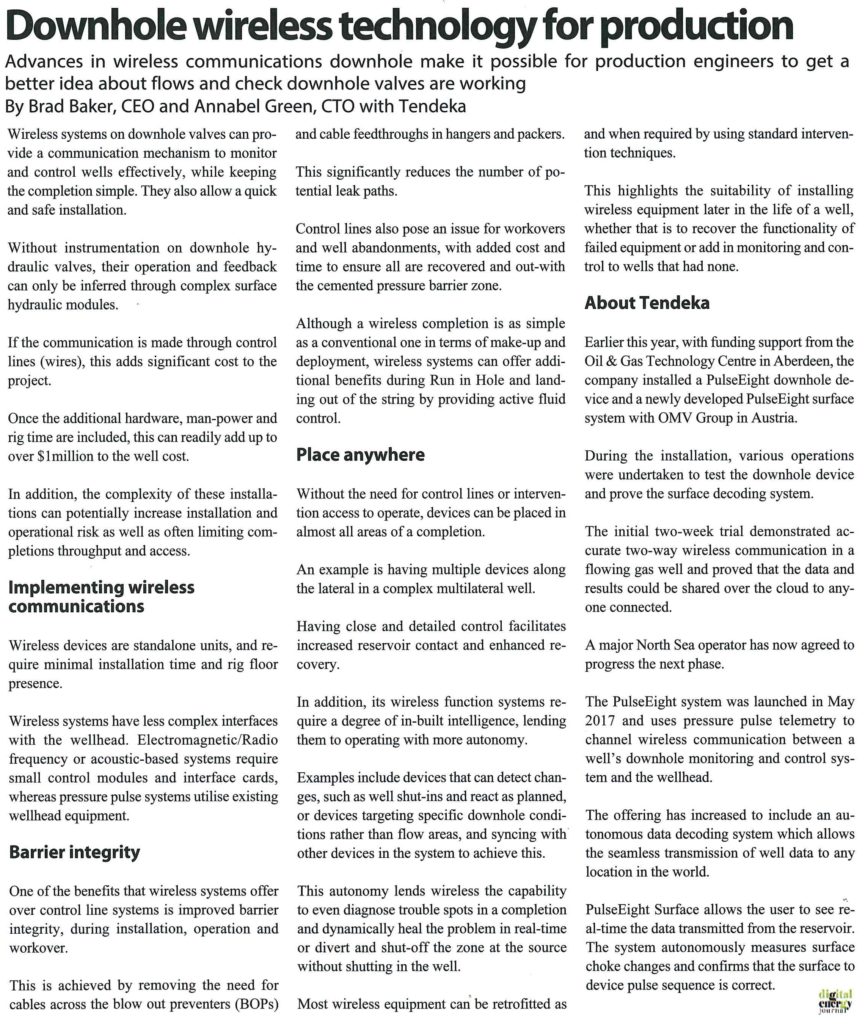 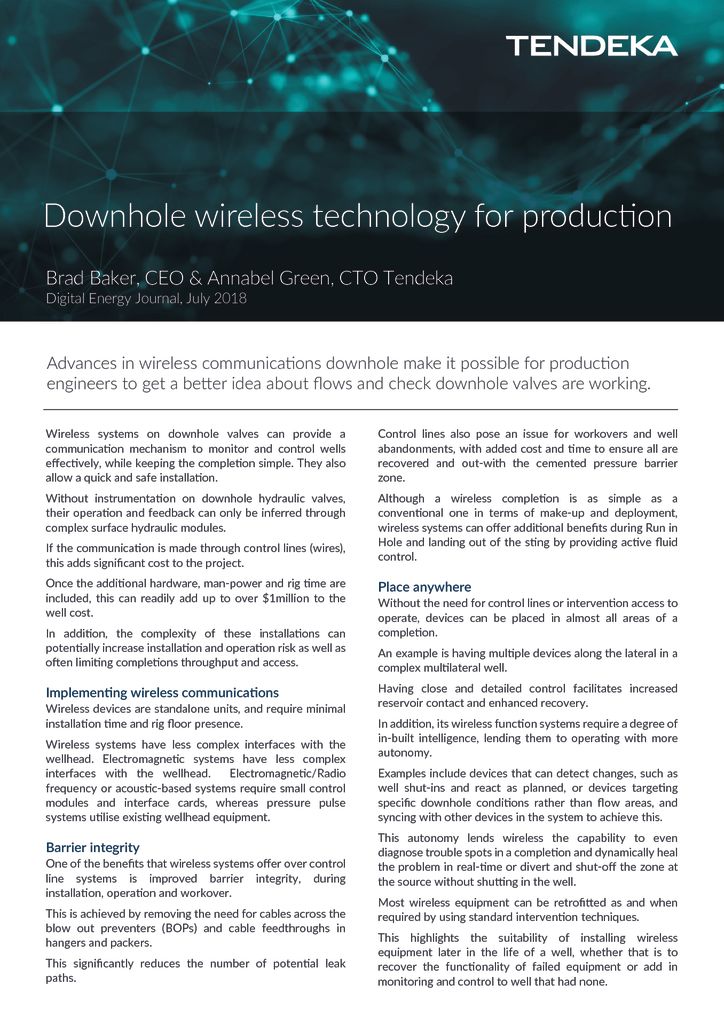