Tendeka is celebrating after winning the great large company award at the Offshore Achievement Awards held at the Aberdeen Exhibition and Conference Centre (AECC).

The award was presented to the company in recognition of its excellent performance in the offshore energy sector.

Formed in 2009, with 90 employees worldwide and offices in Europe, USA, Russia, Middle East and Asia Pacific, Tendeka has made numerous strategic acquisitions over the last seven years to accelerate geographic expansion, technology development and reservoir capability.

The creation of a specialised portfolio of products and services within one company has enabled Tendeka to play a major role in enhancing completions’ performance across the globe. Its technologies include the award-winning FloSure™ autonomous inflow control device (AICD), part of the company’s fully integrated sandface completions solution. FloSure™ ensures production longevity and can increase production rates by up to 50% in comparison to passive inflow control technology. Last year the company celebrated the 10,000th installation of its AICDs.

Tendeka CEO Gary Smart said: “It’s important to remember that Tendeka is still a relatively young company and to win the great large company award in such a short time frame is a testament to our growth and success across several different markets.

“Critical to this success has been the commitment of our exceptionally talented team across the globe. This award represents industry recognition of their hard work and abilities to date and the importance they will play in cementing our position as a global independent provider of integrated lower completions and monitoring systems.” 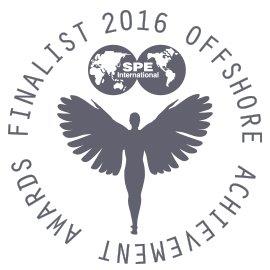