Tendeka was recently approached by Pay-it-Forward networking tours, a group which is responsible for offering support to oil and gas professionals who are in transition due to the industry downturn. As a supporter of the group, Tendeka welcomed the opportunity to invite 10 highly-qualified engineers to its Houston facility where they shared their knowledge and learned more about Tendeka’s completion technology, particularly the company’s highly successful autonomous inflow control device (AICD).

Pay-it-Forward networking tours are supported by oil and gas technology companies that invest in industry professionals during transition. It gives engineers, geoscientists and other professionals in the workforce the opportunity to communicate and remain current in the oil and gas industry. The networking tours have been influential in the job search process and have been helpful for securing jobs at a difficult time in the industry.

The US team at Tendeka found the visit to be very beneficial and they received extremely positive feedback from a team of highly experienced engineers.

Tendeka CEO Gary Smart said: “We were delighted to be approached by Pay-it-Forward as it was a great opportunity for Tendeka to showcase our technology and product lines. More importantly, it was rewarding to spend time with oil and gas professionals who were willing to share their knowledge, helping us keep up-to-date with today’s requirements in the industry downturn”.

From feedback received after the networking visit, Tendeka will look to further develop the most efficient and reliable technologies and systems to meet the financial challenges in today’s market.

Further information on ‘Pay-it-Forward’ can be found on LinkedIn The group was founded by Carlos A. Pineda who is a global director in well completions. 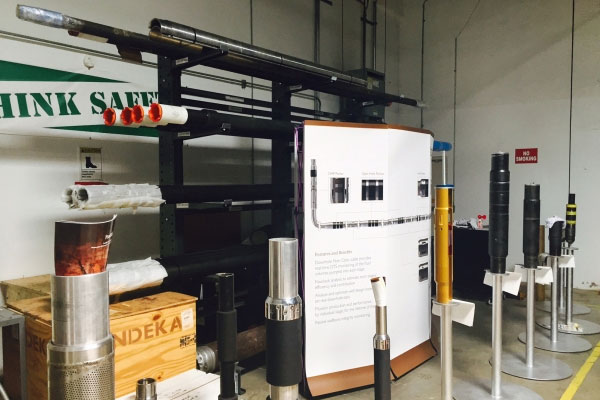