Tendeka, a global reservoir management specialist headquartered in Aberdeen, has signed a deal to become an Official Supporter of AFC Women.

The new partnership will see Tendeka branding emblazoned on the back of the AFC Women’s home and away shirts as the team compete in the Park’s Motor Group SWPL 1, the highest division in Scottish Women’s football.

Tendeka has close and personal ties with the squad having sponsored AFC Women Captain Kelly Forrest for two years. Kelly, a chartered mechanical engineer, and operations supervisor with the company, has led the side since they officially became part of Aberdeen FC in 2018/19. As well as being one of the most experienced players in the squad, the defender has been instrumental in helping the side gain back-to-back promotions.

When she’s not on the pitch, Kelly, along with her Tendeka teammates, will also play a crucial role in delivering on Tendeka’s home grown global innovative technologies including more than $30 million of recently awarded international contracts.

The decision to boost their support of AFC Women is motivated by the company’s commitment to equality, inclusion and diversity whilst also enabling the organisation to expand their work and charitable endeavours within their local communities.

Tendeka CEO, Brad Baker, said: “It is very much our intention to be a fully involved supporter who helps drive awareness of women’s and girls’ football, while also helping to contribute to grassroots football and making a notable impact in the local community.

“As a company with our roots firmly in the north-east of Scotland, Tendeka shares core values with AFC. Our own story within the energy industry resonates with the Women’s team and their impressive journey to the top league.

“This is an exciting time for the Club, and I’m pleased that as a local company we will get the opportunity to play a small part in its ambitious plans.”

AFC Commercial Director, Rob Wicks, is delighted to see Tendeka bolster its relationship with the Club and align itself with promoting the Women’s game in Scotland.

He said: “As a Club we are thrilled to have another global brand lend their support to AFC Women.

“There is an increasing recognition that sponsorship within Women’s football can provide brands with greater visibility and provide opportunities to have a genuine impact on equality and accessibly within the game.

“There is always added satisfaction when a local company such as Tendeka, whose own history in the energy industry has many synergies with our Women’s team, commits to assisting the Club to drive Women’s football forward, something which is vitally important for us.

“This is an exciting period for the Club as the team completes in the top tier of the Women’s game in Scotland in the Park’s Motor Groups SWPL 1 and with a committed and we look forward to further raising awareness and accessibility of the Women’s game alongside Tendeka, a partner eager and committed to play their part.” 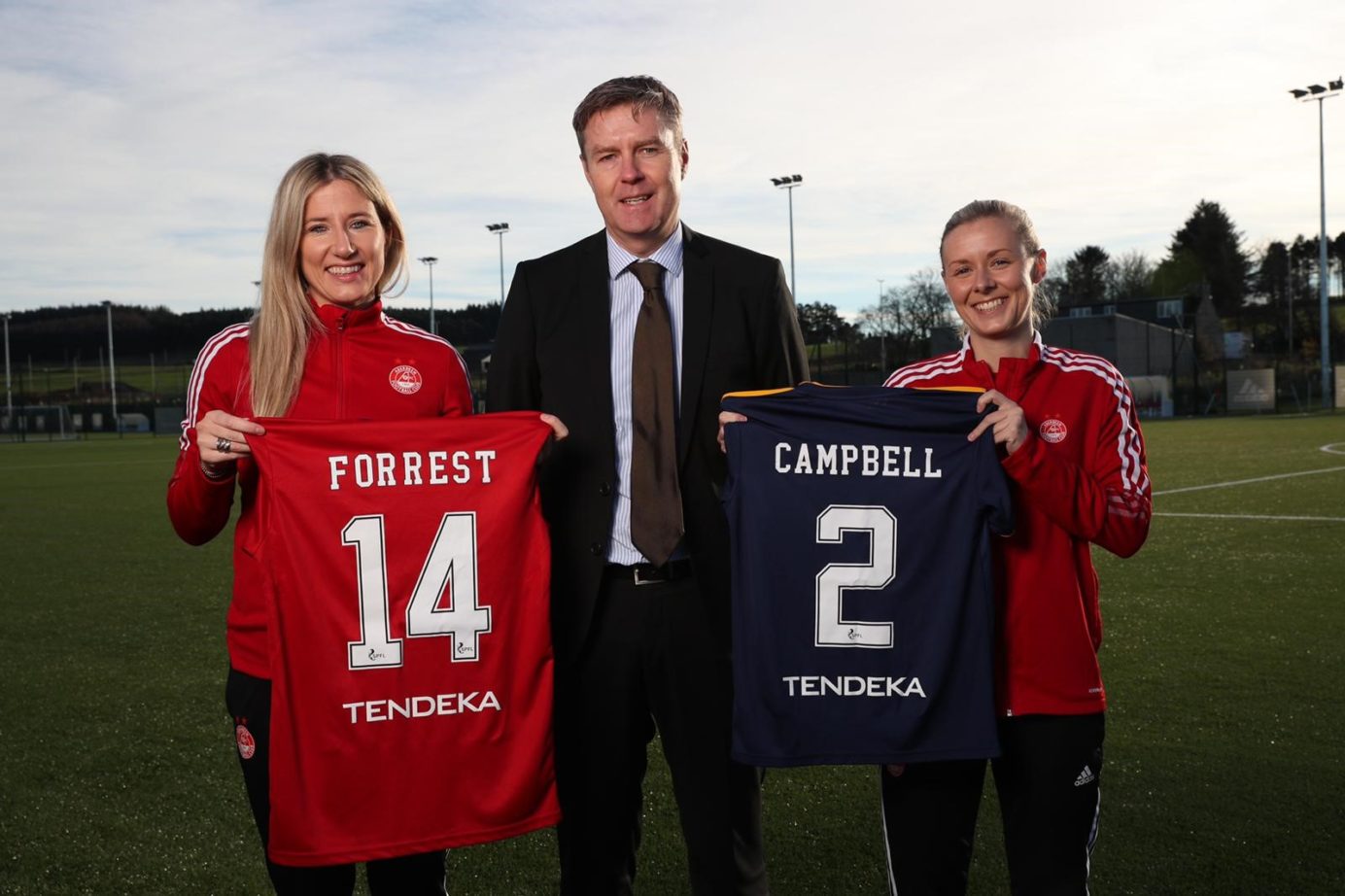