From languages to engineering

I remember at school, saying to my friends that once I finished university, I wasn’t planning on studying again – how wrong I was! Fast forward almost a decade later and I’ve completed two degrees, night classes in Chinese and Russian and taken several industry courses.

I originally graduated with a first-class honours degree in French and German from the University of Aberdeen and was keen to enter the oil and gas industry having worked for Total in Pau during my year abroad. I was told by operators that it was great that I could speak French, but I needed to be an engineer too.

Tendeka recognised this potential and hired me as the first graduate to help with its Francophone clients in Africa in technical support. Keen to learn more about the industry, I received a distinction in the OPITO Drilling and Completions courses which the company now rolls out to all new graduates. To progress further, my manager at the time encouraged me to undertake a degree in Engineering.

For three and a half years, I combined full time work with part-time online – studying for a MSc in Oil and Gas Engineering at Robert Gordon University. This was a challenge that required discipline, but I enjoyed the experience to deepen my knowledge in subsurface engineering.  I find it interesting to learn more about different subjects. It allows me to expand my skill set and knowledge and can also be important in career progression.

When it came to the MSc project, I wanted to pursue the energy transition as it is an area I am passionate about, having recently become SPE Net Zero chair, but also to make sure it could have a tangible impact on the industry. We need actual solutions.

Carbon Capture and Storage (CCS) is vital to achieving Paris Agreement goals and contributing towards a just energy transition. There are however challenges associated with CCS.   Depleted oil and gas fields provide important storage locations but the injection of carbon dioxide into extremely pressure depleted gas fields can be problematic due to the phase change behaviour of carbon dioxide which triggers physical phenomena, such as the Joule-Thomson cooling effect. This can cause major issues such as material embrittlement and loss of equipment functionality.

Tendeka’s head of subsurface, Mike Konopczynski, has developed a CCS simulator, which simulates the choking effect of downhole flow control devices placed at intervals in the completion to maintain carbon dioxide in the liquid phase during the lifecycle of the well. I modelled three real life industry cases successfully meaning that this would save intervention later in life or the drilling of multiple wells as the reservoir conditions change.

I was selected among 400 students studying MSc courses at both Aberdeen universities for the Energy Institute Best MSc paper. Robert Gordon University selected my project, along with two others, for the competition. I was delighted to graduate with distinction but especially honoured to win the competition as I was competing against some great talent.

As my project was based on three real-life well scenarios, I would like to take this further and qualify the technology so that operators can use it. I hope to present my results at other industry events and write SPE papers on the topic.

My ambition is to utilise my acquired knowledge internationally. I still get frustrated when people say what a change from studying languages to engineering. I was always told that you could do anything with languages and indeed, I’ve found the ability to communicate ideas effectively whether that be orally or written is essential in any job.

My advice to anyone thinking of combining full time work with further education is that if you get the opportunity, do it.

A company’s financial assistance to undertaking a degree while working is beneficial to both parties. Having a supportive manager is paramount to help self-belief as well as learning from specialists in the company, such as Mike who helped me with the simulator. It requires discipline, but education is an incredibly valuable asset. 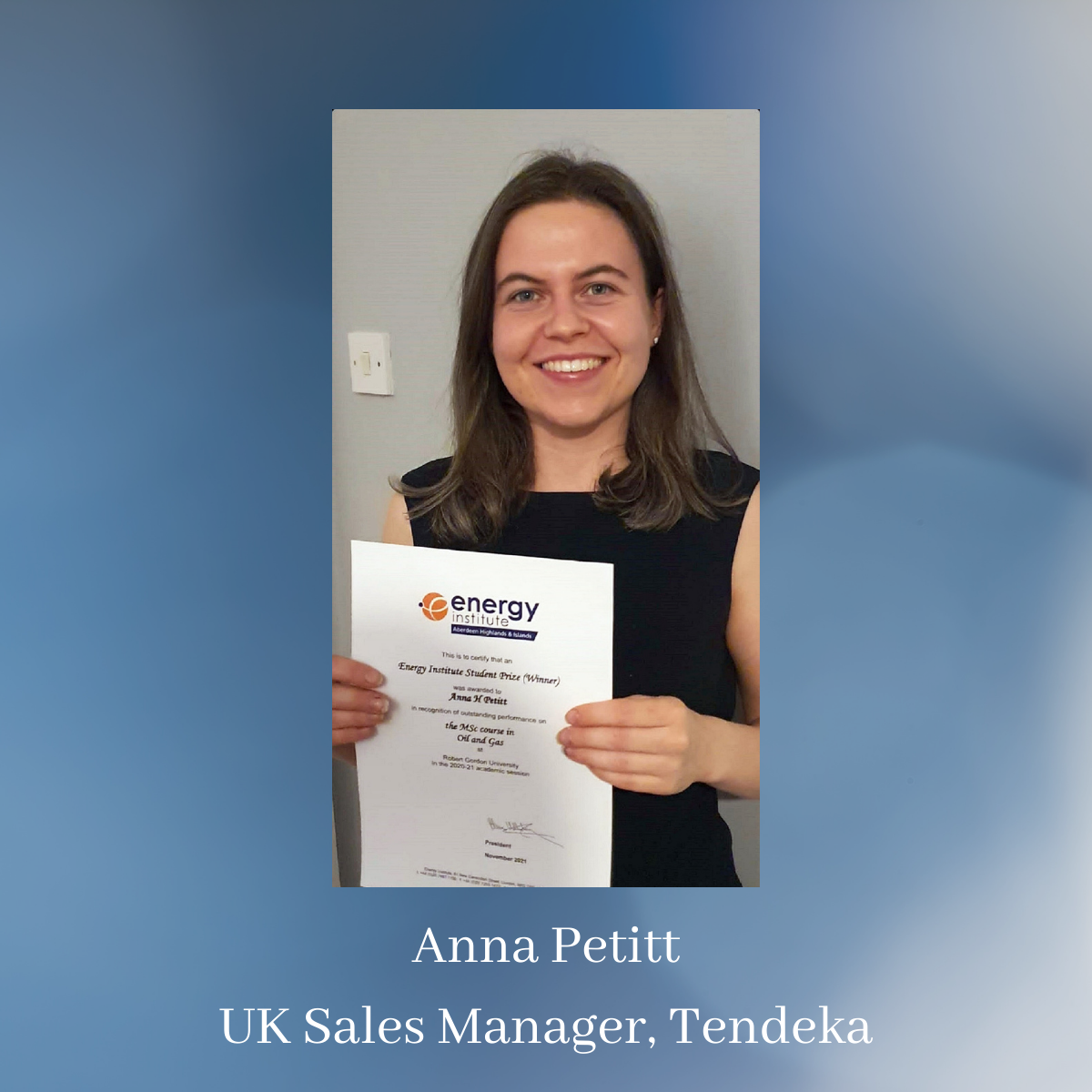