We came, we saw, we crawled – and yes, we conquered!

Friday night saw an intrepid band of crawlers – well, Vanguardians really –  join over 600 people at the Beach Ballroom for the 2019 Maggie’s Culture Crawl.  This year, Tendeka has adopted Maggie’s Aberdeen as its chosen charity until summer 2020, and we are determined to do our bit to raise as much money and awareness for this cause as possible.

After gathering for a spirited group warm-up in the Beach Leisure Centre clad in our orange t-shirts, we were ready to hit the road!  No sooner had we done so, when the heavens descended – were we downhearted? No!  It was up with the umbrellas, on with the rain jackets and off to the first stop for burgers at Fittie (that’s Footdee for all you non-Aberdonians!)  Whilst there, we enjoyed watching a rather dark sky make its way towards the horizon and allow us to take part in the rest of the walk and dry out.  Aberdeen Harbour Board allowed us a glimpse of the work that they are doing to enhance the harbour area and see a side normally not open to the public along with a cross-section of photographs of the area in days gone by.

Torry saw us with a silent disco, which had us listening/dancing along to some classic hits – while Mackies provided some ice-cream which hit the spot just nicely.  As we were only three miles in, we had to conserve our energy so we were off on the road again.

It was interesting to see parts of Aberdeen that even some of us locals had never been to, while enjoying some local food and drinks, including a rather nice G & T as well as some Pimms.  It is coming up to Wimbledon fortnight after all!

Everywhere we went, we were encouraged, applauded as well as fed and watered.  At the 8 mile stop, we were at Maggie’s Centre Aberdeen where Bucksburn Academy’s steel band was entertaining the walkers – even after 8 miles people were still smiling and buoying up tired friends and blisters were easily forgotten about.  At Huntly Street, we were in the church being entertained by some beautiful organ music and a seat to rest before the final mile.

We ended up back where we started just before midnight having completed 10 miles and where a very welcome glass of prosecco was waiting for us along with our medal and goody bag, and congratulatory hugs.

Yes, we were tired after the effort, but can proudly say we all enjoyed it and furthermore, raised nearly £500.  Thank you to all who donated!  Although we don’t know the overall total raised, before we even set off Maggie’s fundraising manager revealed that the running total was over £31,000, we can’t wait to hear to final figure.

Take a bow Aberdeen – we’re the biggest Culture Crawl Group in the UK! 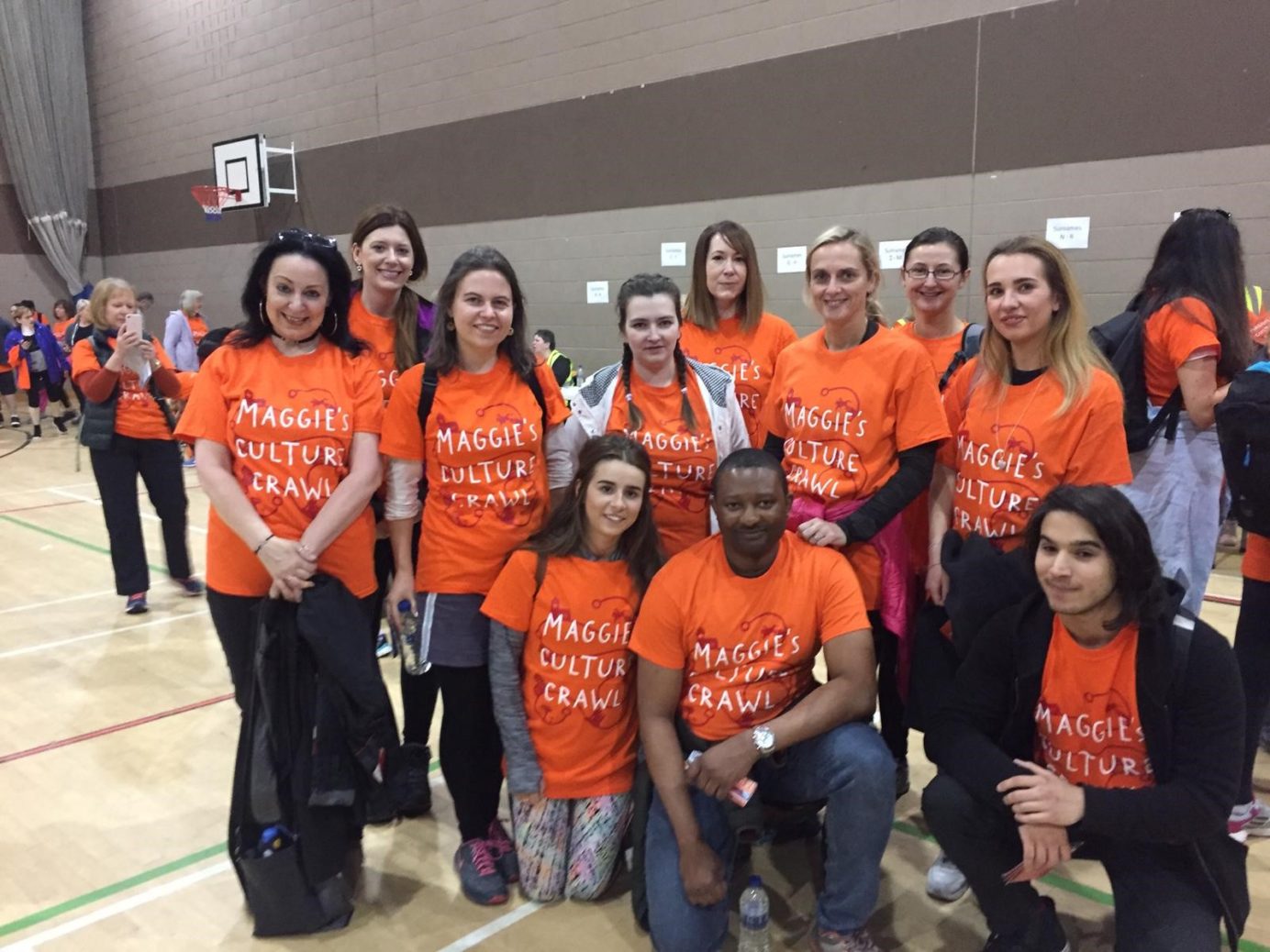